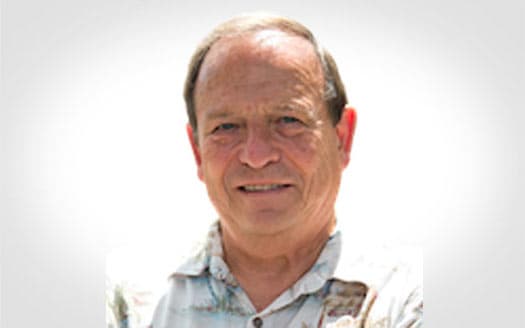 Today August 18, 2022 in Lausanne, Switzerland, Impossible Metals Co-Founder and Chief Scientist, Professor Ken Nealson is the recipient of the Jim Tiedje award, presented by International Society for Microbial Ecology (ISME). This award is presented to an exalted microbial ecologist who is recognized for their outstanding lifetime contribution to the field of microbial ecology.

This award complements previous recognition of Professor Nealson’s work by, among others, the American Association for the Advancement of Science (AAAS Fellow), the American Society for Microbiology (ASM D.C. White Research and Mentoring Award; American Academy of Microbiology Fellow), and the American Geophysical Union (AGU Fellow).

Ken is a pioneer in various areas of microbiology, geomicrobiology, and astrobiology. His discoveries are now fundamental to the understanding of microbial processes in nature. One of his early contributions include the discovery of quorum sensing in bioluminescent bacteria in the 1970s. This led to a better understanding of how microbes can communicate with each other in the environment. Another important contribution is the discovery of microorganisms (now known as Shewanella) that are able to respire manganese, as well as other metals. At the time (1980s), this discovery catalyzed cooperation by multiple generations of geologists and microbiologists to better understand how microbes are exactly doing this and how this action impacts elemental cycles on Earth. This led to other important work (2000’s to present) studying extracellular electron transport (EET) in Shewanella and other microorganisms. The result of this pioneering work resulted in the discovery of biological “nanowires”, nanostructures that are able to conduct electricity from the cell to other materials outside of the cell. It is now widely recognized that “electric bacteria” are widespread in marine, subseafloor, and terrestrial environments on Earth.

The Impossible Metals team is thrilled to see Professor Nealson being recognized for his incredible contribution to the field of microbial ecology. Congratulations Ken!