“This shallow water milestone demonstrates progression of our principles of avoiding serious harm to the seabed by replacing dredging technology with an alternative that prevents biodiversity loss and large sediment plumes” said Oliver Gunasekara, CEO & Co-Founder. 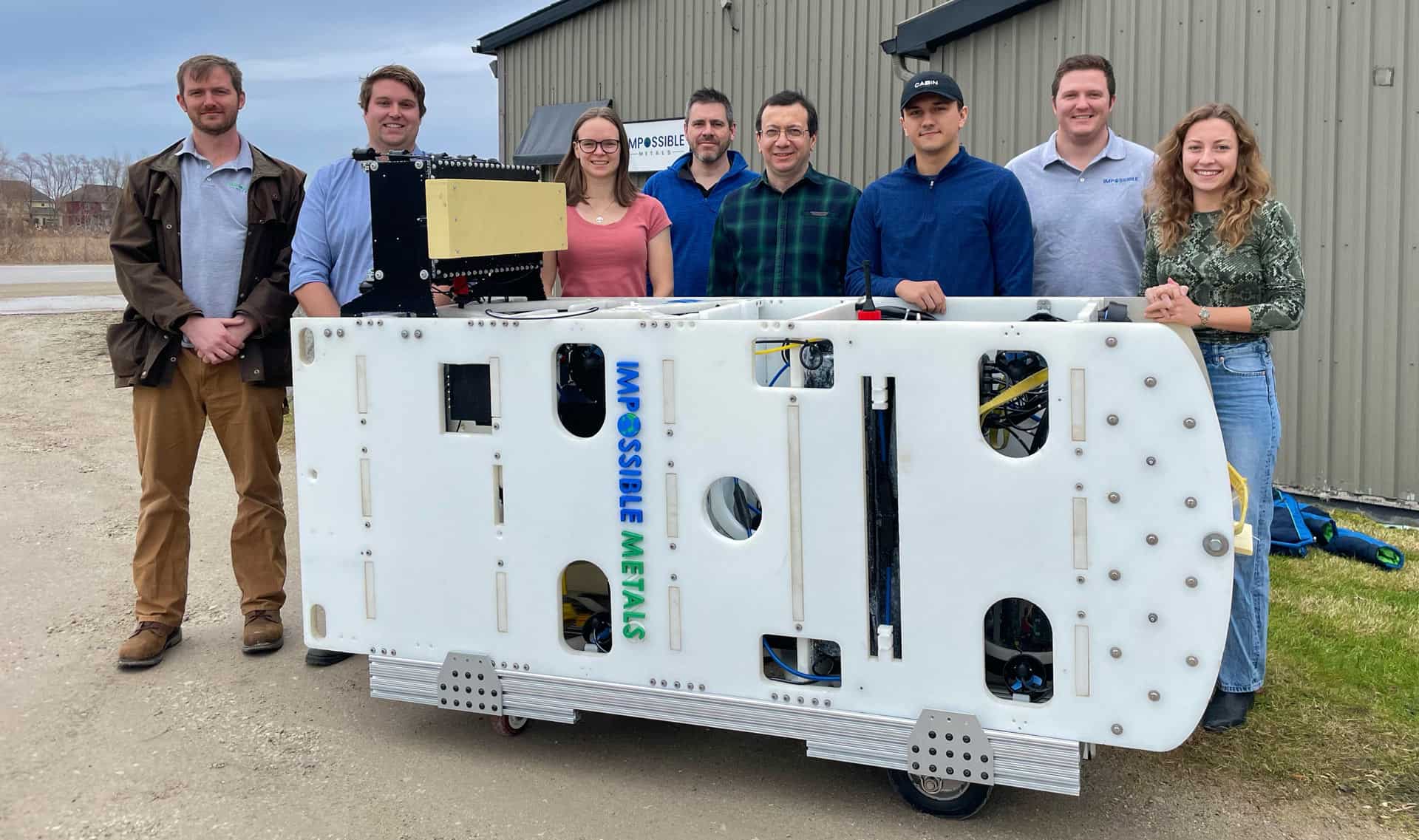 Part of the Impossible Metals team with EUREKA 1 UAV.

Part of the Impossible Metals team with EUREKA 1 UAV.

This approach for collection of polymetallic nodules, rich in critical battery metals, requires three key enabling technologies to be invented by Impossible Metals: a buoyancy engine, an underwater fast robotic arm and a computer vision AI-driven system to detect nodules and marine life on the nodules.

“The success of this first proof of concept is a major milestone for the company toward demonstrating the technical feasibility of using an autonomous, AI driven system to hover above the seabed and selectively harvest nodules.” said Jason Gillham, CTO and Co-Founder.

Plans to have the technology ready for large scale deployment by 2026 will not only be a huge step forward for sustainable critical metals, but will also change the economics of critical rare metal resources – positively impacting global supply chains.

About Impossible Metals
Impossible Metals’ (YC W22, Public Benefit Corporation) vision is to accelerate clean energy by delivering the most sustainable battery metals. We build autonomous underwater vehicles (AUV) which harvest critical battery metals from the seabed while protecting the environment. We also enhance the often dangerous and unsustainable metal refining process using novel bacterial respiration technology, which does not use hydrometallurgy (huge energy) or pyrometallurgy (acid tailings). These two innovations, sustainable harvesting and biological refinement, are pivotal to the world’s ability to develop green technology and responsible EV’s. Located in the US, Canada, and Australia, Impossible Metals is committed to the UN Sustainable Development Goals.