Why Nickel and Cobalt continue to be used in automotive batteries 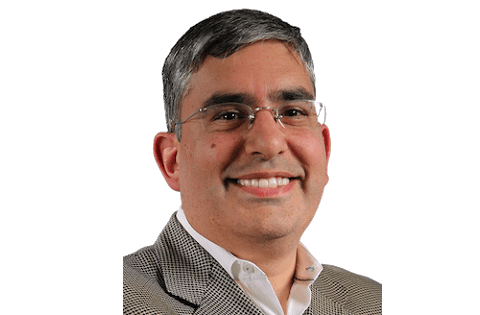 Tesla announced in October 2021 that it was switching to LFP (Iron based) batteries for its standard range models, both Model 3 and Model Y. It kept NMC or NCA batteries for the rest of its porfilio.

This has led many in the industry to say that all the market will 100% move to LFP and hence the demand for Nickel and Cobalt in automotive batteries will decrease. This is not going to happen due to the following weakness of LFP based batteries:

The significant downside for LFP is volumetric energy density, which is only 65% – 70% that of MNC811 (depending upon packaging). This means that to achieve the same driving range, the physical size of an EV battery would need to be one third bigger – a concern in vehicles where space is at a premium. LFP is also significantly heavier (gravimetric energy density). The added weight results in lower range. The lower range is important in the US market, as charging infrastructure is still limited and most customers want 300+ miles or range, while most LFP vehicles will likely offer 200-250 miles.

Difficult to calculate the range left

For most lithium-based batteries, voltage across cells varies almost linearly with the state of charge (i.e., a close to fully charged battery will have a higher voltage than a battery that is nearly depleted). For NCA and NMC batteries, voltage can vary between ~4.2V and ~3.0V. LFP batteries have a lower voltage at ~3.2V and do not vary as much in voltage based on its state of charge, except when the cells are nearly fully charged or nearly fully depleted. Automakers typically use the variation in a battery’s voltage to determine its state of charge. Thus, Tesla has been known to advise drivers to periodically (i.e., suggested once weekly) charge LFP battery cars to 100% full to help improve the vehicle’s ability to accurately determine the state of charge and estimated range.

Cold temperatures slow down the chemical reactions occurring within a battery cell and thereby adversely affects all lithium ion-based battery chemistries, though for LFP cells, the effect can sometimes be worse in terms of added charging time as well as decreased EV range. At 0 degreesC (32 F), the performance can reportedly degrade 10-20%, and at -20 C (-4 F), the performance can degrade 60%. These effects can be mitigated with vehicle battery management systems that preheat the battery before charging and also maintain a minimum battery pack temperature while driving. Reports from Tesla owners have cited that cold weather can lower EV range by nearly 30% for the Tesla Model 3 SR+ with LFP battery.

Of the major international battery suppliers, CATL and BYD are the only two that produce LFP batteries for EVs. Korean companies such as LG Chem, SK Innovation, and Samsung SDI as well as Japanese players such as Panasonic all specialize in nickel-based battery chemistries such as NCA and NMC. Within the US, GM is adding 4 battery plants in collaboration with LG, and Ford is adding 3 battery plants in collaboration with SK over the next few years, though we believe all of this capacity is currently set to be nickel based.

The automakers have been planning for mostly nickel-based chemistries with nickel announcing for 67% of the capacity announced so far. Moreover, of the currently announced LFP capacity 87% is in China and 12% is in Europe. Without significant localized LFP battery production capacity, US and European automakers will face challenges in designing and producing LFP-based BEVs.

Benchmark Mineral Intelligence estimates that as of 2022 onwards 50% of Tesla’s lithium ion battery chemistry will be high nickel cathode (NCM and NCA). The other half will be LFP based chemistry, primarily focused around cell and vehicle production in China with cell partner Contemporary Amperex Technology Ltd (CATL). Given the use of LFP at the low cost segment, the packs sizes will be the smallest. Nickel and Cobalt will continue to be used in huge amounts especially if we can both lower the cost and improve the ESG.