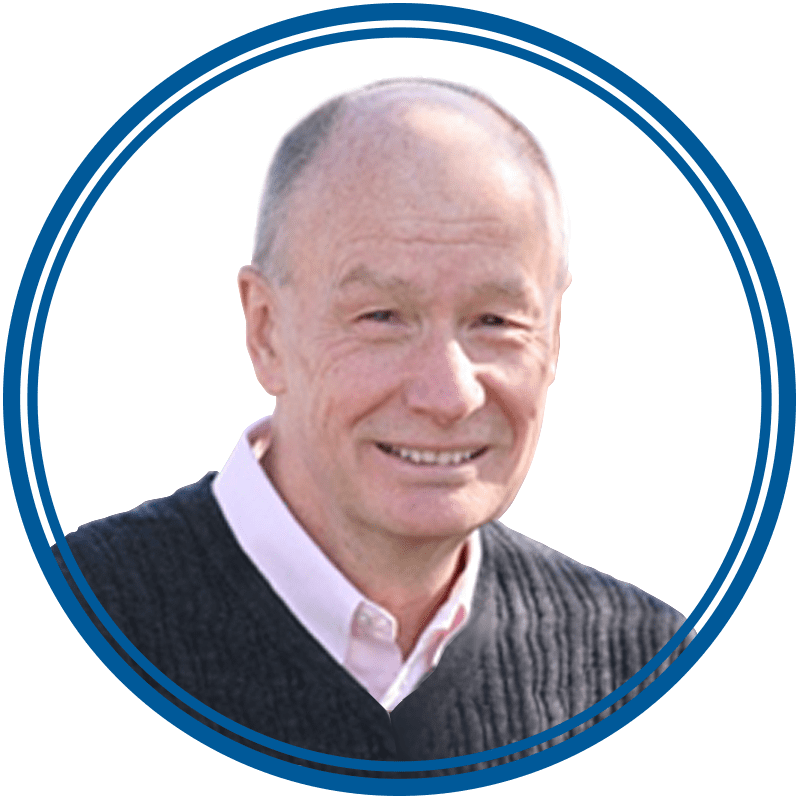 Dan LankfordChairperson | Non-Executive Director
Dan Lankford has more than 30 years of experience in technology companies as an executive, board member, advisor, and investor. He has been CEO of four technology companies and chairman of three others. These include a European semiconductor company that grew from $15M to $250M in five years and a high-tech battery company that Dan took from start-up through IPO into commercial operation, including building a 100,000 sq. ft. factory. He also was founder and CEO of Element Energy, a battery management HW/SW company that had a successful sale to Maxim Semiconductor. He previously was a founding partner of Wavepoint Ventures, an early-stage technology venture fund. He spent his early career at AT&T and Bell Labs including serving as VP of Marketing for AT&T’s $2.5B Microelectronics business. Dan is currently Chairman of the Board of Trustees of the SETI Institute, a scientific research organization and NASA contractor. He is also on the Board of Triple Ring Technologies, a high-tech science and engineering services firm. Previously he was on the national board of the American Electronics Association. During his career he has testified before Congress on technology and business issues and has presented at the White House conference on alternative energy.

Dan has a BS with honors from Johns Hopkins University and an MS as a Sloan Fellow from Stanford Business School. 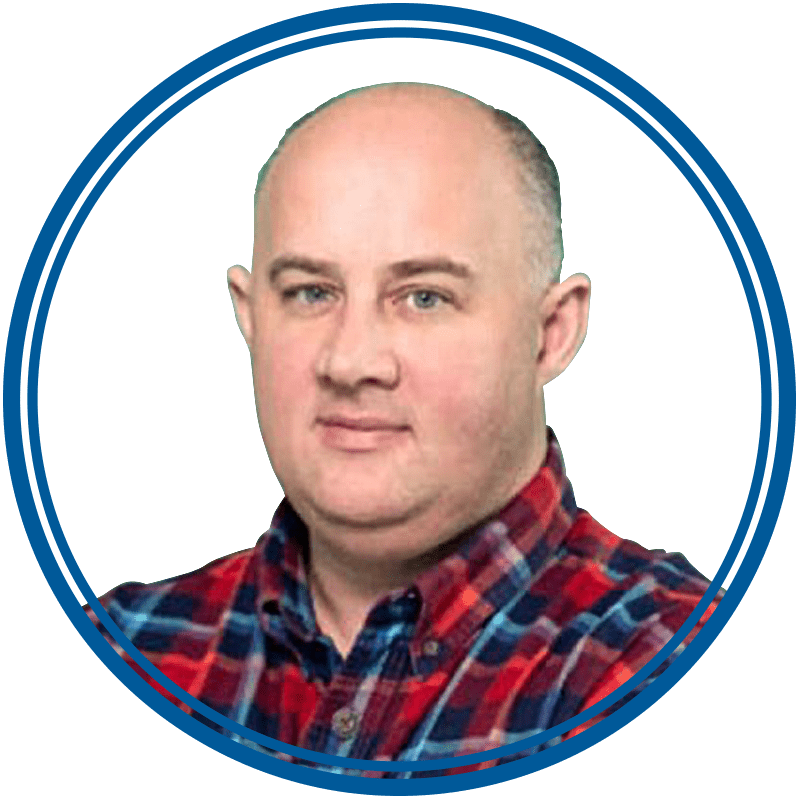 Phil StrawNon-Executive Director | Independent
Phil Straw has over 20 years of experience in senior technology roles, including CTO positions and senior consulting roles. Phil is the CEO and Co-founder of SoftIron, where he initially served as the CTO before taking on the role of CEO. Previously Phil served as CEO of Heliox Technologies, co-founder and CTO of dotFX, VP of Engineering at Securify and worked in both technical and product roles at both Cisco and 3Com. Phil holds a degree in Computer Science from the University of Manchester Institute of Science and Technology.

Kelly CoyneNon-Executive Director | Investor
Kelly Coyne is the Founder and managing partner at Chalet Capital, an early stage venture fund focused on artificial intelligence and robotics. The founding partner of Grit Ventures, Kelly was previously a career operator and has grown multiple start-ups from conception to over $100M valuations; she is a leading go-to-market expert for early stage deep tech. After earning her MBA from Oxford University, Kelly served at the helm of several early-stage hardware companies (Lily, Mimosa, Candl) and advised many others. Kelly has broad technology experience, but specializes in guiding robotics, AI, AR/VR and computer vision companies from concept to launch. She has tremendous experience managing successful betas, developing use cases, connecting products to the right customers, and leading successful product launches. She has also seen some of the extreme pitfalls of deep tech start-ups – this unique knowledge helps her guide new companies to success. 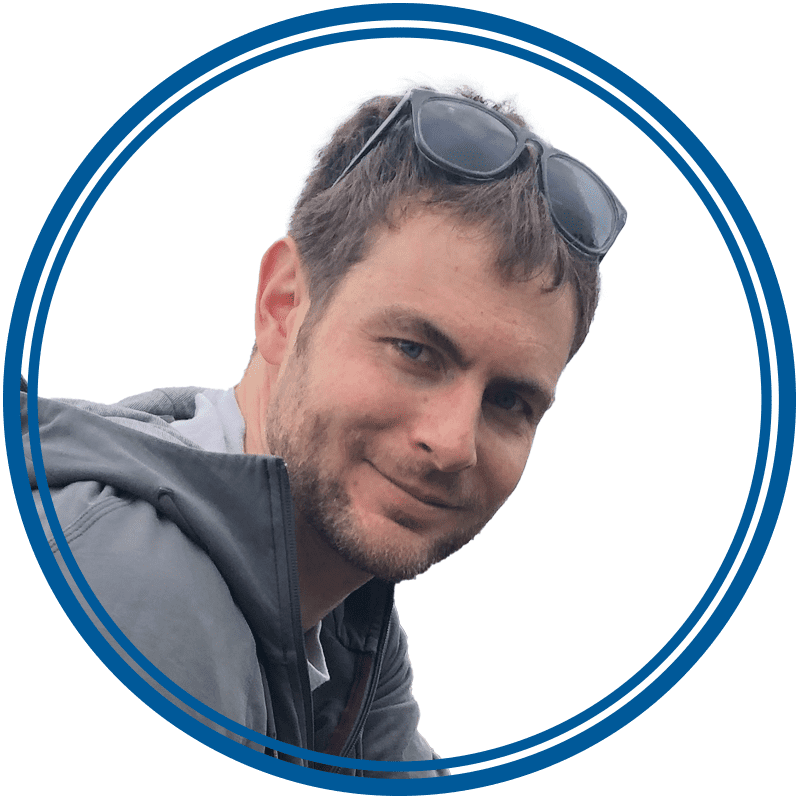 Justin HamiltonNon-Executive Director | Investor
Justin Hamilton is the founder and CEO of Clutterbot, a deep-tech startup working on a home robot for tidying up toys, clothing and other clutter off the floor. Part of the Edmund Hillary Fellowship community looking to help incubate solutions to global problems. Previously, Justin founded Sparktrend (exit w/ eBay) analysing images to optimise social media and advertising for businesses. Prior to that he managed teams for Bing image and video search at Microsoft. Justin holds a Bachelor’s degree with honors in Computer Engineering from the University of Waterloo and lives in Wellington, New Zealand. 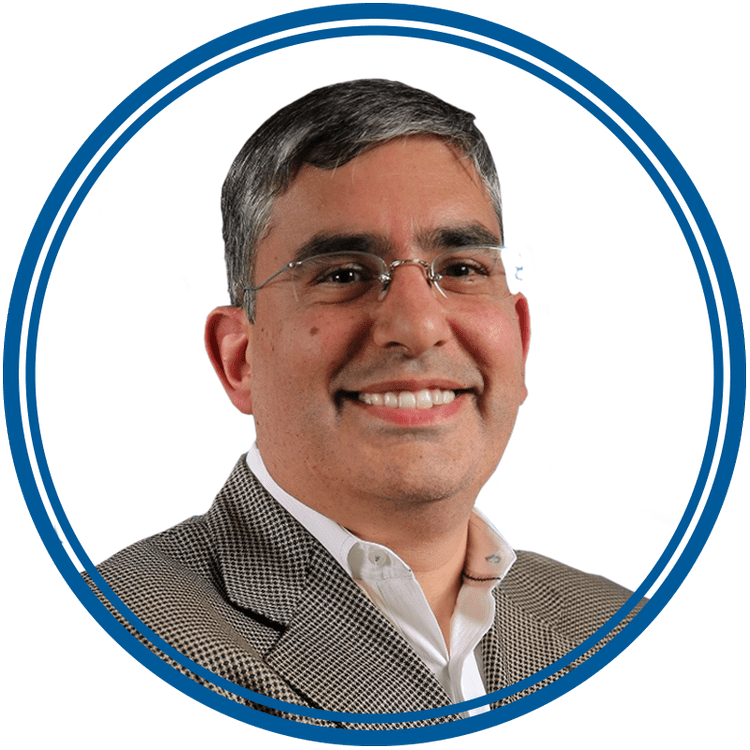 Oliver GunasekaraExecutive Director | Founder
Oliver Gunasekara is an entrepreneur with 30-plus years of experience. In 1994, he joined ARM to lead mobile business development. Mobile market share grew from 0% to over 95% in this ten-year period. As the VP of Corporate Business Development and M&A, Oliver championed the acquisition of Falanx, whose technology (Mali) went on to become the number one shipping GPU in the world. In 2016 Softbank acquired ARM for $32B.

In 2012, Oliver founded NGCodec, a start-up focused on next generation cloud video acceleration. As CEO he raised over $15M, grew the team to over 40 people and won SaaS business with Amazon/Twitch. In 2019 the company was acquired by Xilinx.

Oliver holds a Bachelor’s degree with honors in Electrical and Electronic Engineering from the University of Greenwich London, and a Mini-MBA from the AeA/Executive Institute, Stanford University Graduate School of Business. He is the inventor of two patents. 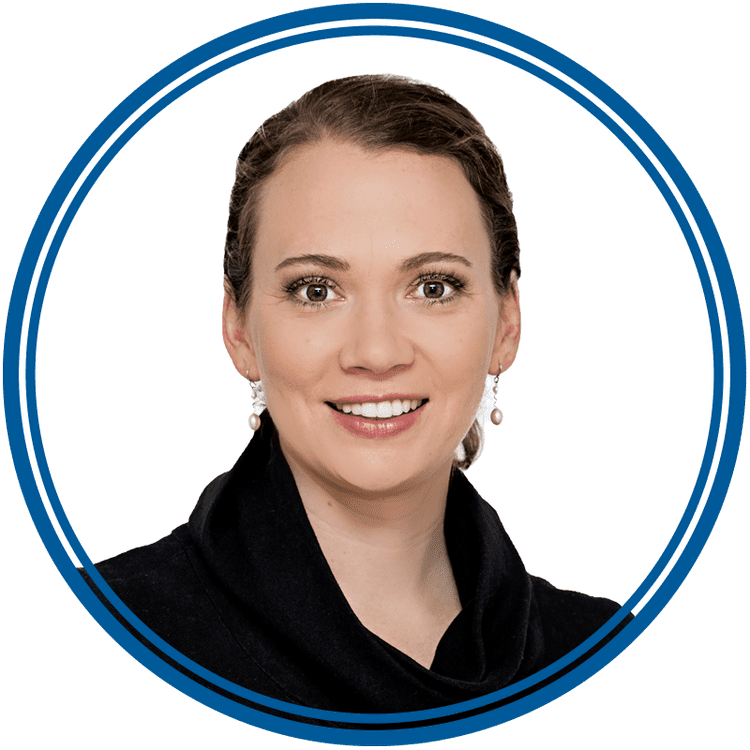 Renee GroganExecutive Director | Founder
Renee Grogan is a sustainability expert with 16 years of industry experience in due diligence, pre-feasibility and feasibility, permitting, strategy, risk and community and stakeholder engagement. Her experience includes working in Australasia, the Pacific, the United States, Africa and parts of Europe. Renee has worked predominantly in the extractive resources industry, including both terrestrial and seabed mining, for companies including Gold Fields Limited, Newcrest Mining Limited and Nautilus Minerals. She has also provided advisory services in infrastructure, logistics and energy. Since 2014 Renee has worked as a consultant, providing advice to financial institutions and funds, resources companies, intergovernmental agencies such as the World Bank and European Commission, non-government organisations and research institutions.

Renee is a former Director of the World Ocean Council and holds a Bachelor of Science and a Master of Business Administration. 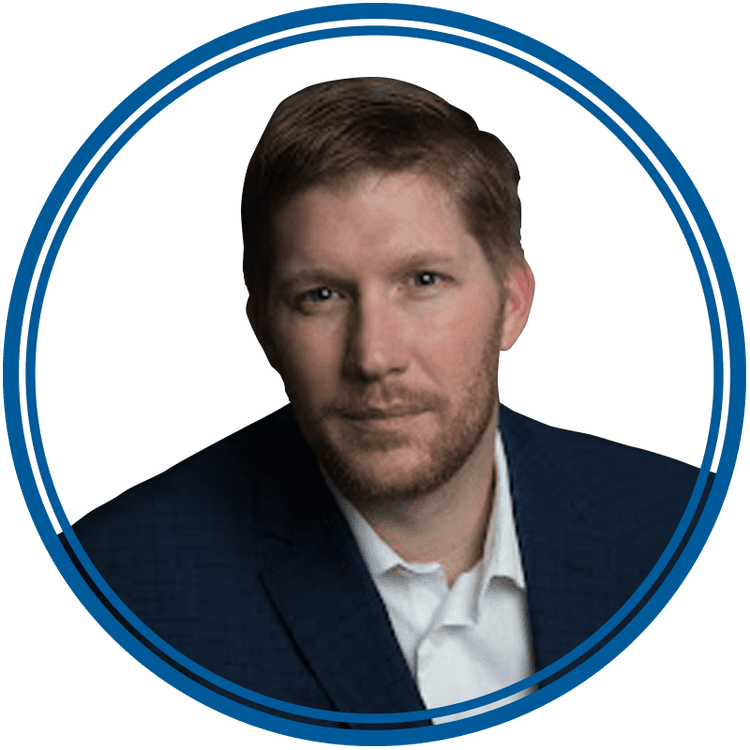 Jason GillhamExecutive Director | Founder
Jason Gillham is a subsea technology entrepreneur with 18 years of experience in the subsea robotics industry. As a technical founder with a Bachelors and Masters of Applied Science from the University of Waterloo, Jason’s passion is building and leading technical teams focused on developing solutions to previously unmet problems and exploring solutions for organizational and technical optimization. Jason led his first business to over $10M in revenue and the company was acquired by Covelya Group in January 2020. Jason is an inventor on 3 patents related to subsea technology focused on deep sea optical imagery and measurement. 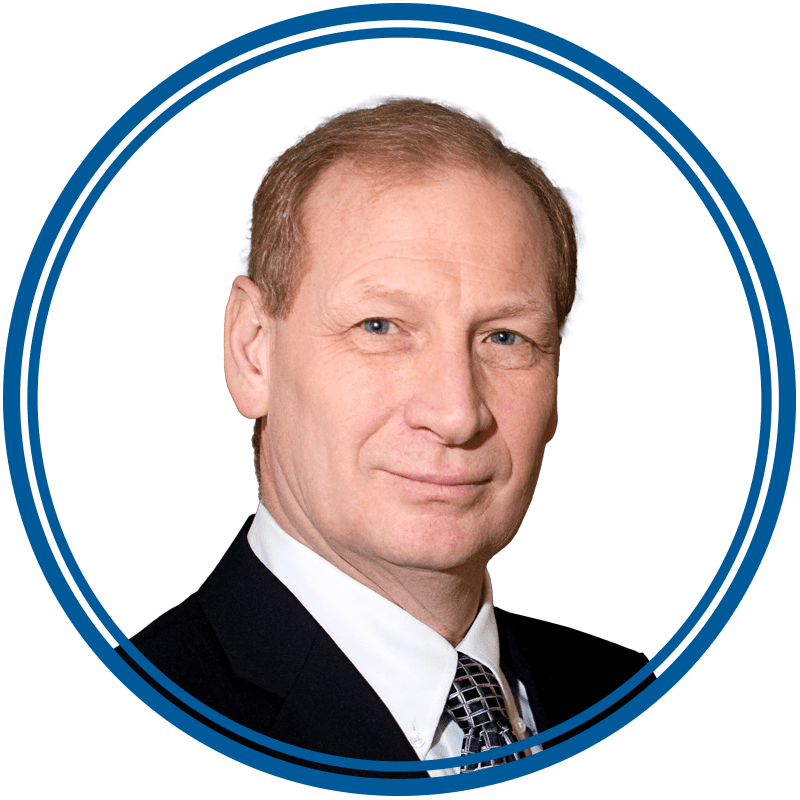 Bob GalyenAdvisor
Robert (Bob) L. Galyen, is recognized as one of the top executives in the battery energy storage world and science/engineering-based communities. He is a highly sought-after public speaker as a subject matter expert. His positions as CTO of CATL (the world’s largest battery manufacturer), Chairman of SAE International Battery Standards Steering Committee, SAE Fellow, Chairman Emeritus and CTO of NAATbatt International, provides him a unique leadership perspective in the global battery industry. His degrees in chemistry and biology, along with decades of engineering experience and executive roles, provides him a unique view of leadership or consulting role in cross-functional technology areas. He has patents, publications and participates on multiple BOD’s and TAB’s. The 44 years of international work experience has given him a visionary perspective on worldwide business, making him uniquely qualified as a global energy storage and scientific/engineering community thought leader. 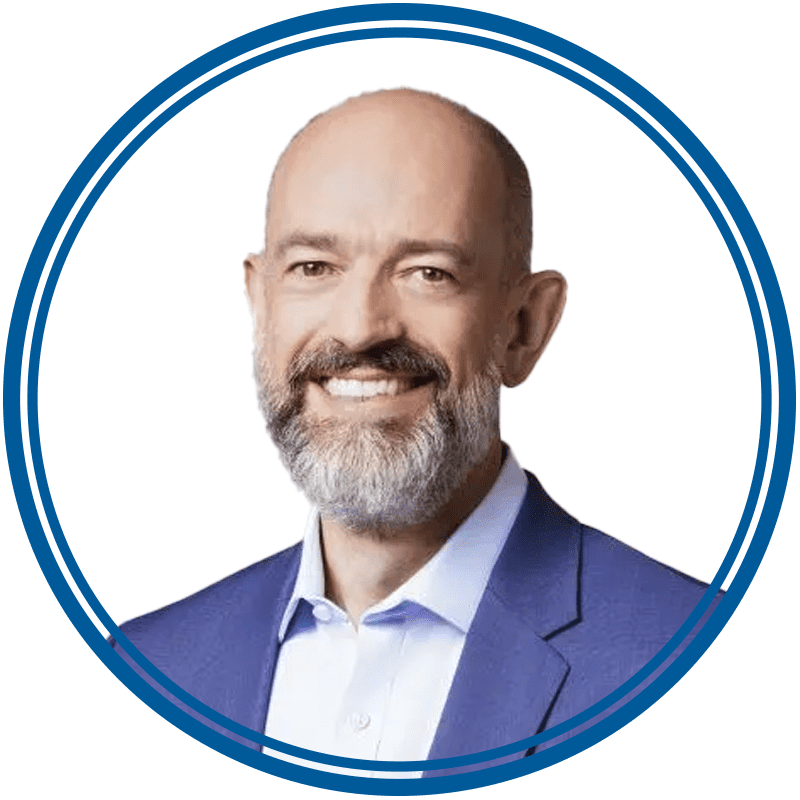 Simon SegarsAdvisor | Investor
Since joining Arm as one of its first employees, Simon has driven technical and business innovations to help transform the company into the leading architect of the most pervasive compute technology the world has ever seen.

Simon led the development of early ground-breaking Arm processors – the Arm7 and Arm9 – powering the world’s first digital mobile phones. He played a key role in developing industry standards, and his engineering work led to him being granted several embedded-systems patents. He became vice president of engineering in 2001, and before being named as Arm CEO in July 2013, he held several other strategy positions including global head of sales. He was personally responsible for expanding the company’s U.S. business and strengthening its leadership and relationships in California’s Silicon Valley, where he still lives with his family.

Simon helped steer the company through the 2016 acquisition by SoftBank. He is active with multiple international industry associations, chairing the board of the Global Semiconductor Alliance (GSA) and the Electronic System Design Alliance (ESD Alliance) Governing Council, as well as serving on the board of the UK’s Techworks. Simon is also a non-executive director of Dolby Laboratories, Inc. 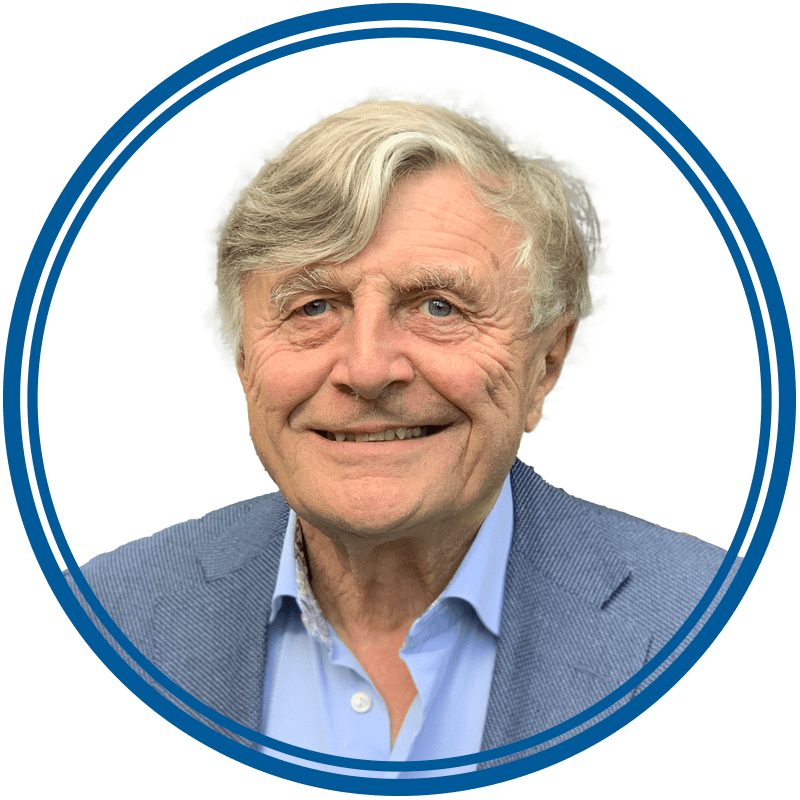 Sir Robin SaxbyAdvisor | Investor
Sir Robin Saxby, FREng, FRS, FIET was the founding CEO and Chairman of ARM, the creator of the world’s most prolific microprocessor. (Billion 220+ chips shipped to date used in iPhones, games, TVs, and cars). Robin led ARM from a 13 person start up to floatation on NASDAQ and London in 1998 and global success (retiring in 2007). His early career was in engineering, sales and marketing with RBM, Pye TMC and Motorola. 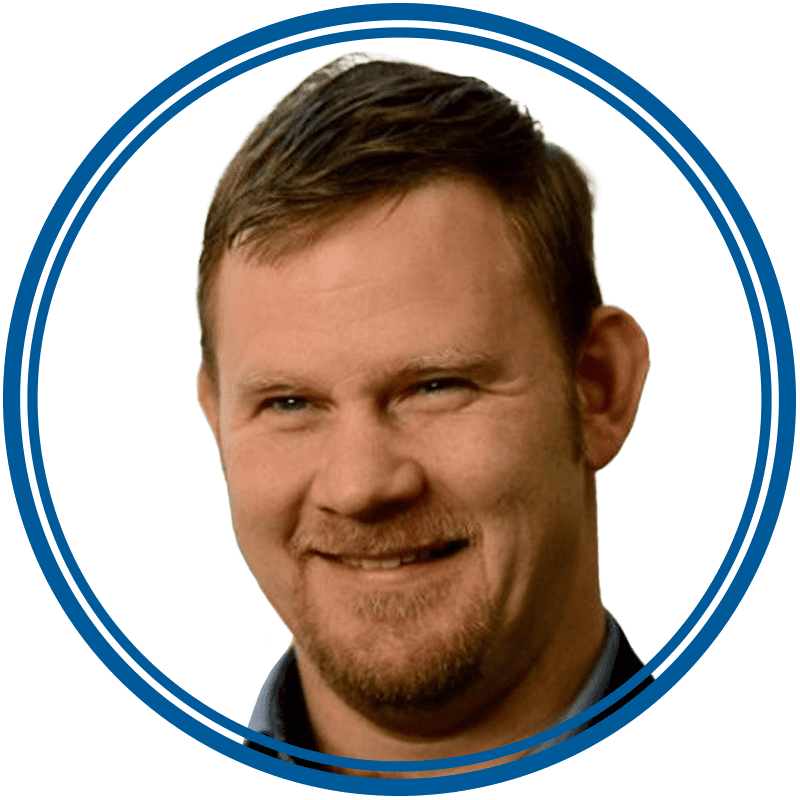 Justin ManleyAdvisor
Justin Manley is a technologist and executive with experience in startup, public corporation, academic, and public sectors. Mr. Manley founded Just Innovation Inc. in 2015 to support a variety of clients interested in ocean technology and robotics. The firm provides strategic solutions for complex technologies to government agencies, large companies, startups, investors, and philanthropies. Mr. Manley is dedicated to innovation, advising numerous startup companies, and is currently serving as a judge for the ANA AVATAR XPRIZE. He is very active in professional organizations including the Marine Technology Society where he is President-Elect and IEEE where he is a Senior Member. Mr. Manley holds two patents in uncrewed systems oversight and security along with B.S. and M.S. degrees in Ocean Engineering from the Massachusetts Institute of Technology.